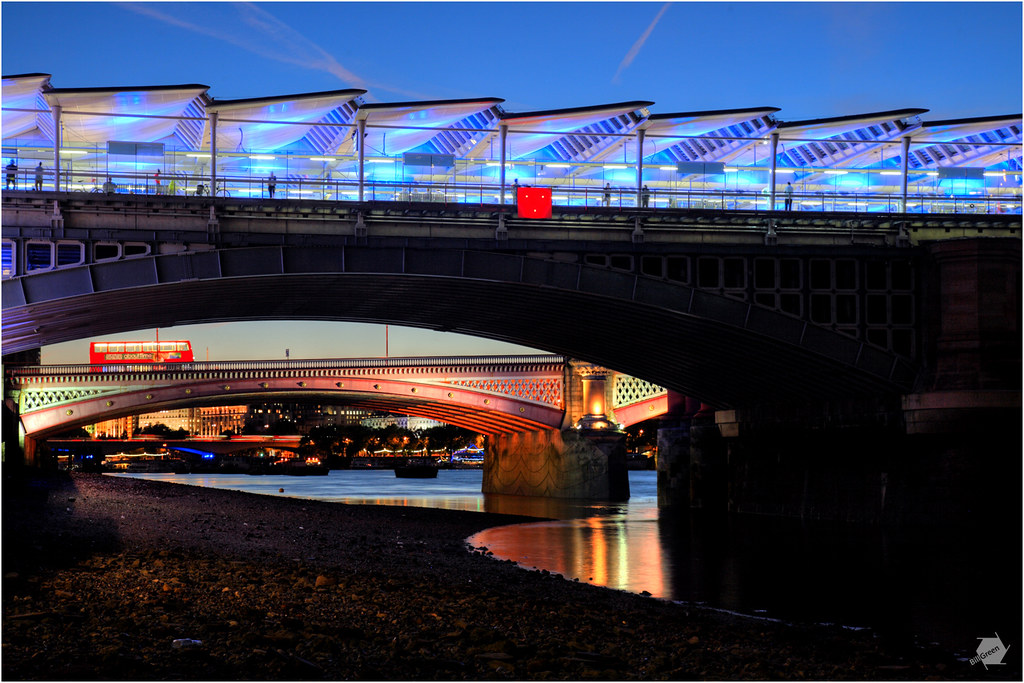 The largest solar roof in the world, Blackfriars Railway Station Bridge with the road bridge seen through the arch at a very low tide. Thank you to the red bus for remaining stationary while I took this shot. The new Bankside railway station is part of the £6.5 billion Thameslink project which will revolutionise North-South transport through London. When complete, millions of commuters will benefit daily travelling in an area bounded by Kings Lynn, Peterborough and Bedford to a range of destinations along the south coast via central London without changing trains. The bridge was designed by Jacobs and Tony Gee & Partners and built by Balfour Beatty onto the existing Blackfriars railway bridge.