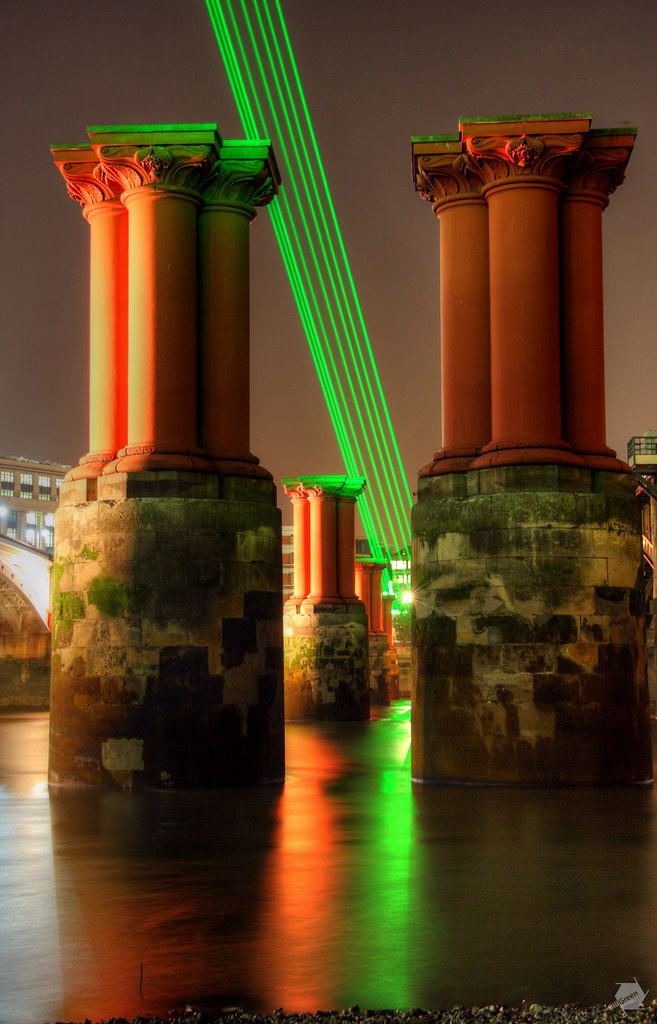 Keith Bowler's Ghost Bridge, this was an art installation using the remains of the old Blackfriars Bridge. This toll bridge designed in an Italianate style by Robert Mylne and was constructed with nine semi-elliptical arches of Portland stone.

Beating designs by John Gwynn and George Dance, it took nine years to build, opening to the public in 1769. It was the third bridge across the Thames in the then built-up area of London, supplementing the ancient London Bridge, which dated from several centuries earlier, and Westminster Bridge. It was originally named "William Pitt Bridge" (after the Prime Minister William Pitt) as a dedication, but its informal name relating to the precinct within the City named after the Blackfriars Monastery, a Dominican priory which once stood nearby, was generally adopted.

Although it was built of Portland stone the workmanship was very faulty. Between 1833 and 1840 extensive repairs were necessary, and a good deal of patching-up was done, until at last it was decided to build a new bridge on the same site.