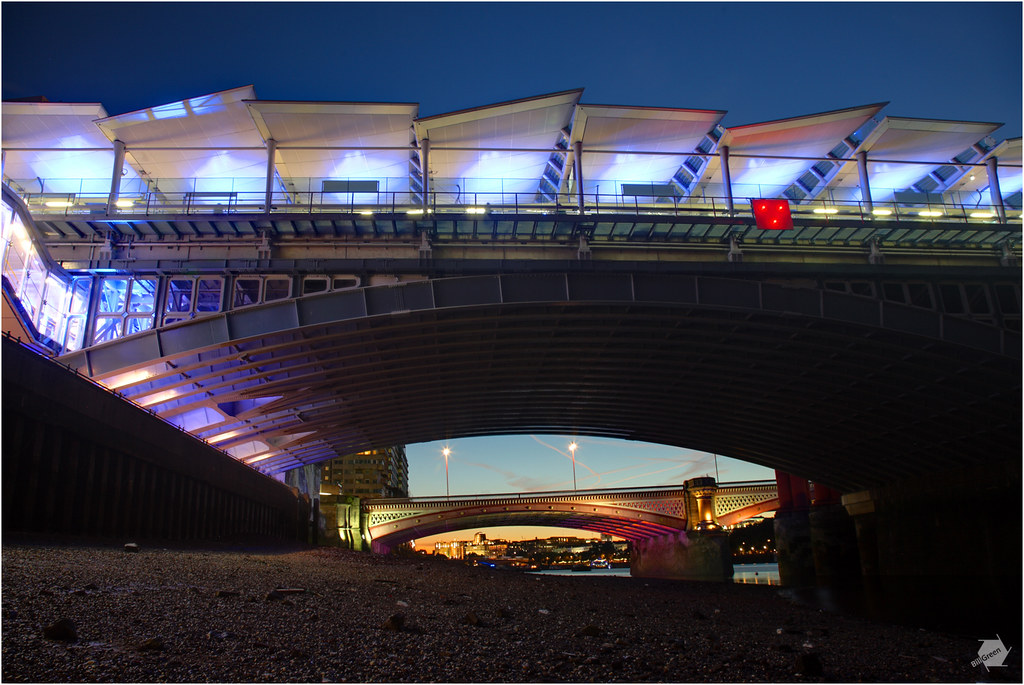 The new Blackfriars Railway Station in a bridge which opened in 2012 but work on the bridge has just finished. The extremely low tide enabled this shot in which the river has nearly disappeared revealing a view of Blackfriars Road Bridge through the arch.

Fitted with over 4,400 solar panels to the roof of Blackfriars station, creating the biggest solar bridge in the world and forming the largest solar array in London. Generating electricity by harnessing the power of the sun makes the station more environmentally friendly and cheaper to run. (Network Rail)