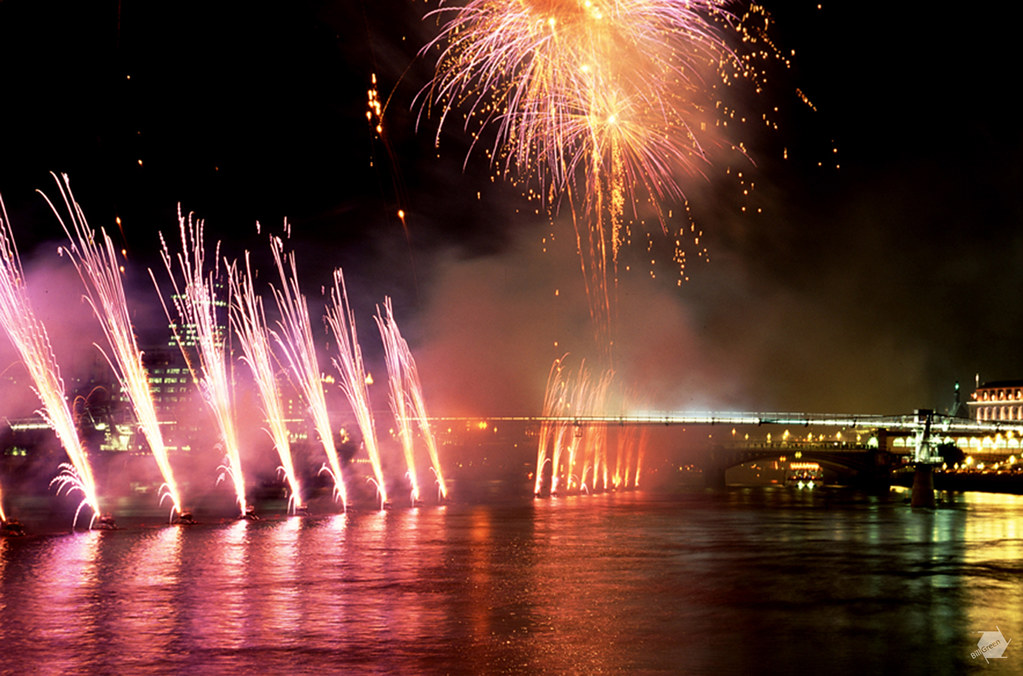 Firework display for the opening of The Millennium Bridge 8th June 2000. The design of the bridge was the subject of a competition organized in 1996 by Southwark council and RIBA Competitions. The winning entry was an innovative "blade of light" effort from Arup, Foster and Partners and Sir Anthony Caro.

The Millennium Bridge, officially known as the London Millennium Footbridge, is a steel suspension bridge for pedestrians linking Bankside withThe City. Construction of the bridge began in 1998, with the opening on 10 June 2000. Londoners nicknamed the bridge the "Wobbly Bridge" after participants in a charity walk on behalf of Save the Children to open the bridge felt an unexpected and, for some, uncomfortable swaying motion on the first two days after the bridge opened. The bridge was closed later that day, and after two days of limited access the bridge was closed for almost two years while modifications were made to eliminate the wobble entirely. It was reopened in 2002.