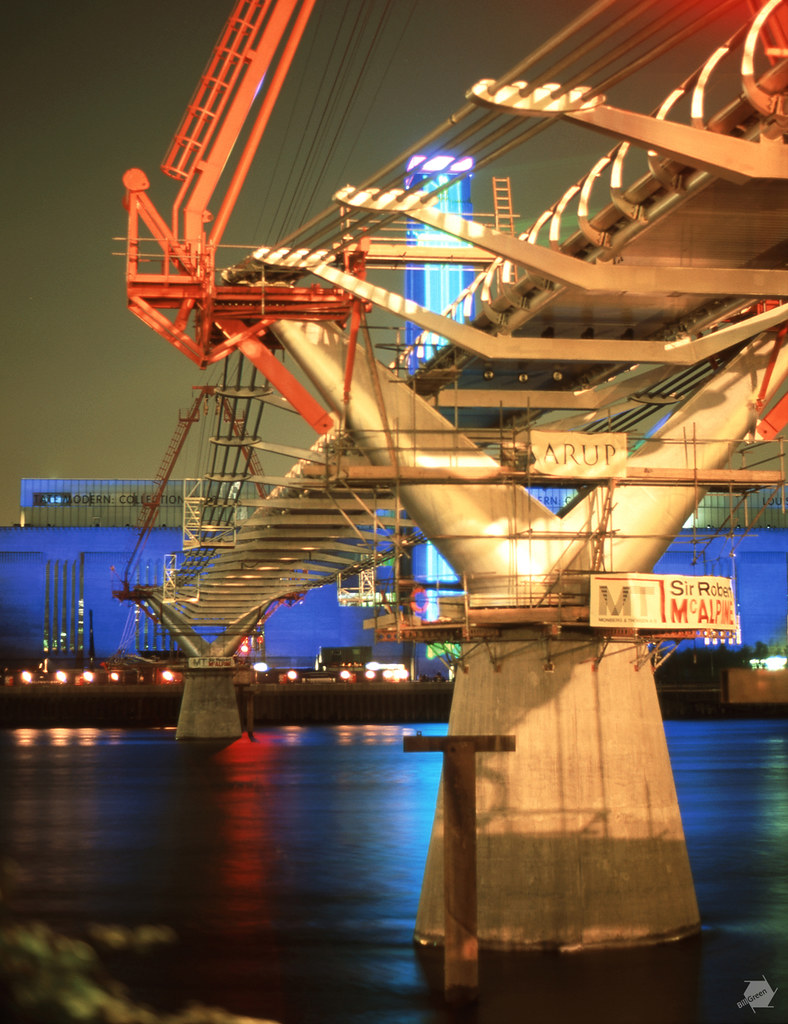 The Opening of Tate Modern on the 11th May 2000 with the construction of The Millennium Bridge in the foreground. Due to height restrictions, and to improve the view, the bridge's suspension design had the supporting cables below the deck level, giving a very shallow profile. The bridge has two river piers and is made of three main sections of 81 metres, 144 metres and 108 metres (North to South) with a total structure length of 325 metres the aluminium deck is 4 metres wide. The eight suspension cables are tensioned to pull with a force of 2,000 tons against the piers set into each bank — enough to support a working load of 5,000 people on the bridge at one time.

This photograph was featured in an exhibition of the best ten photographs of London taken in the year 2000 organised by BBC London Live. I was interviewed for BBC London News in this spot and was constantly reminded of this by people for the next few years.