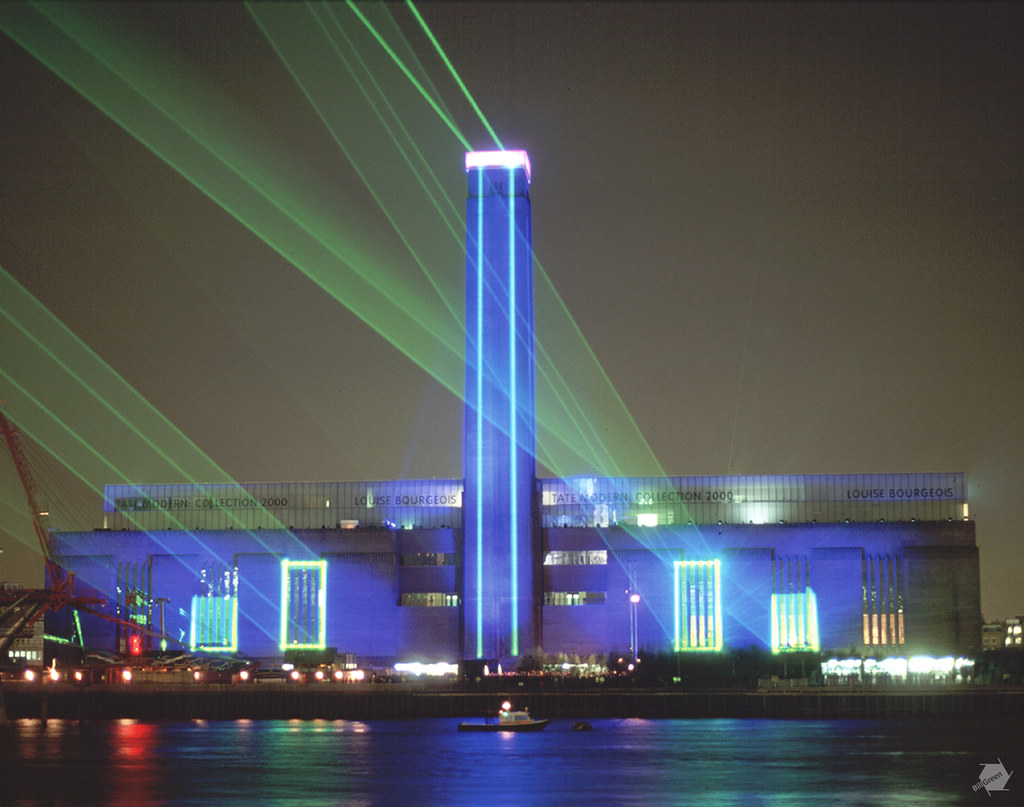 The Opening Of Tate Modern 02

The official opening of Tate Modern on 11th May 2000. I was very lucky to capture this, I knew Tate Modern had a private opening that evening so went up there to see if there was anything happening. Sitting next to a lighting crew in the nearby pub I asked them for any information. They said if you come back here in one hours time there will be £5 Million of lights and lasers being projected onto the building. I rushed home to pick up camera, tripod and films, yes this was before digital photography was common and got back to a position on the North bank. There were only about ten other photographers as the event had not been publicised, the public opening was to take place the next day by The Queen.