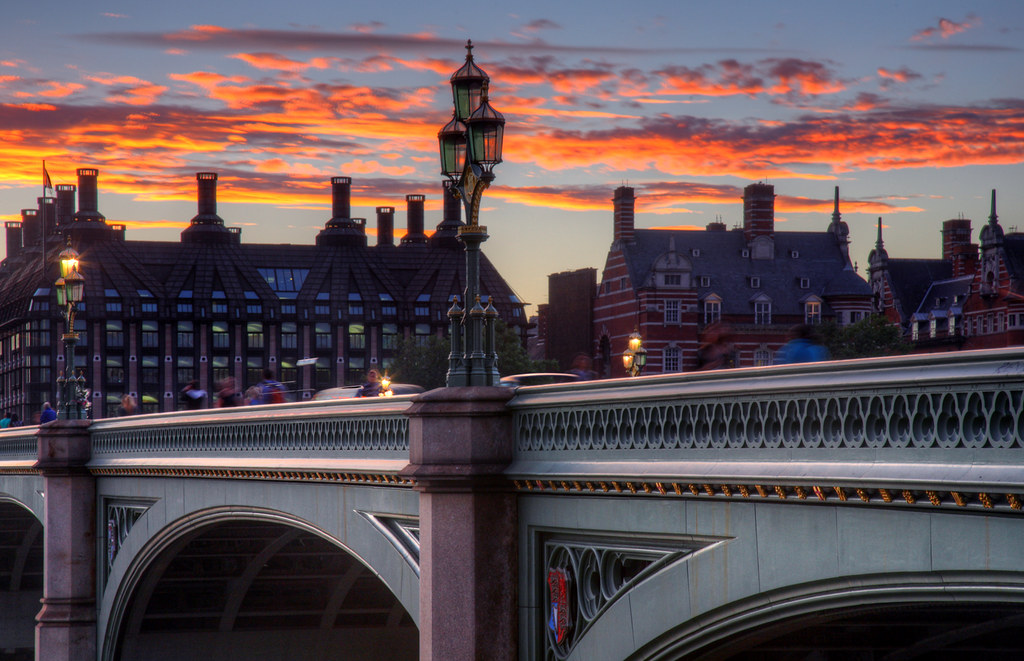 Westminster Bridge is a road and foot traffic bridge built between 1739–1750. A bridge at Westminster was originally proposed in 1664, but opposed by the Corporation of London and the watermen. On the left is Portcullis House an office building that was commissioned in 1992 and opened in 2001 to provide offices for 213 Members of Parliament and their staff.