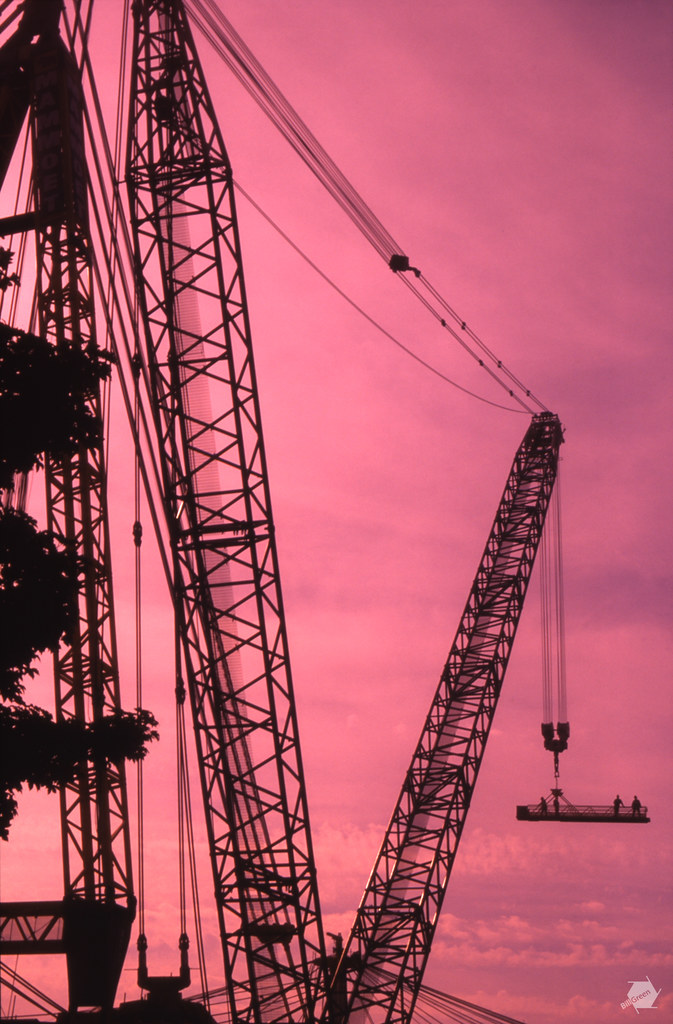 This is the earliest photograph to be seen on this journey. Engineers inspecting the hub after the first attempt to lift The London Eye failed. Work stopped when the cable, which was temporarily connecting the central hub of the wheel to the outer part, came loose, causing others to do the same.

The London Eye was constructed horizontally on The Thames with parts of the wheel being brought in by barge from Holland. I remember the excitement of seeing this huge wheel, the largest in the world take shape on The Thames. The crane being used to lift it was also the largest in the world. At this time the river was not popular, apart from going to the Southbank Centre or for a boat trip there were few other reasons to visit The Thames. The focus of London was The West End and Trafalgar Square. Originally The London Eye had planning permission to remain in place until 2005 initially. It is now iconic and hard to imagine views of London without it.