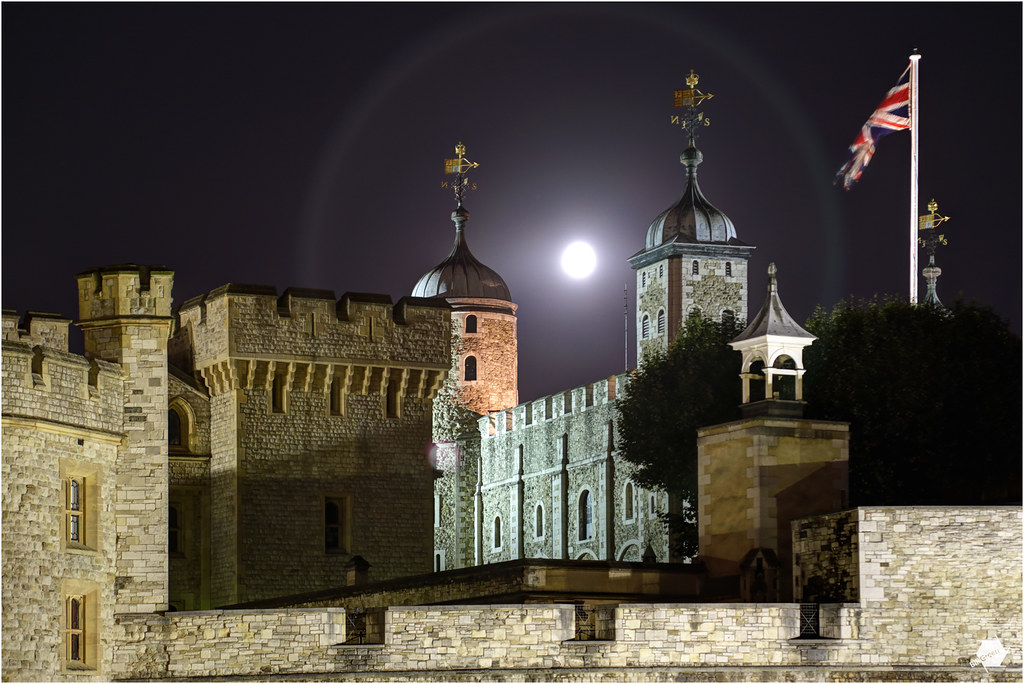 Blue Moon Over The Tower Of London

Over the nineteen year lunar cycle there there are seven Blue Moons, this occurs when there are two Full Moon's in a calendar month hence the saying 'Once in a Blue Moon'. On this occasion the full moon fell on the 2nd and 31st of July, however, due to cloud cover I did not attempt to capture this but instead went up to central London on the 1st of August. The clear sky on that night gave me plenty of time to position the moon over The Tower of London and I am more than pleased with the way this shot came out.

This shows the inner part of The Tower of London, originally built by William The Conquerer in 1066, currently there are parts of The Tower being restored and altered as it has though out its rich and varied history.