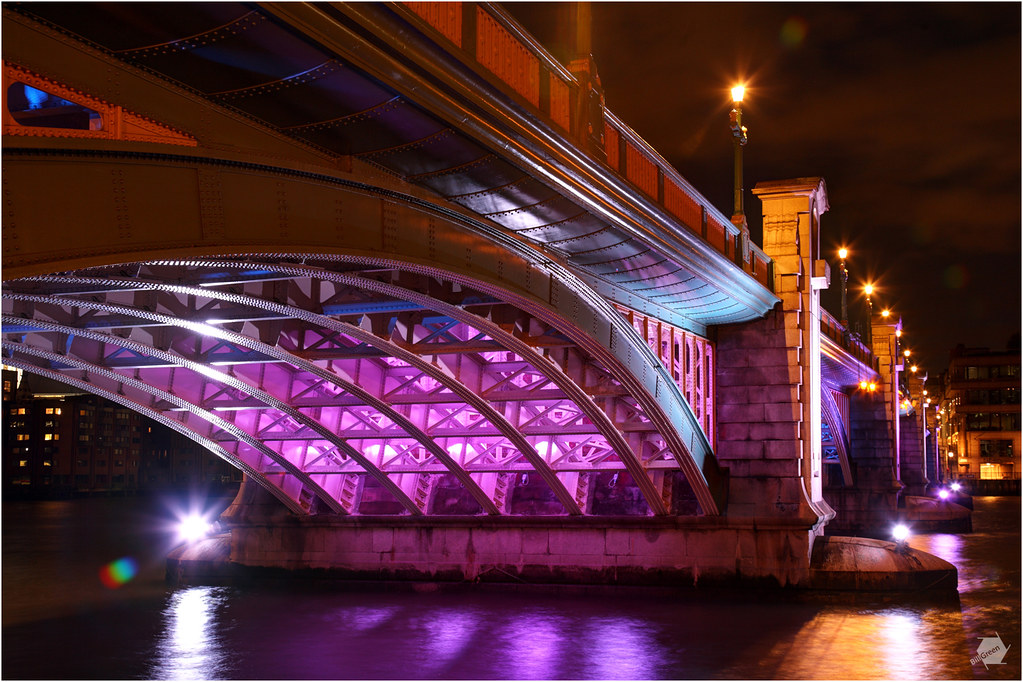 Southwark Bridge lit up for The London 2012 Festival and Olympics, the second of six bridges chosen for the illuminations, some of this lighting has remained in place post Olympics. Southwark Bridge is an arch bridge for traffic with a dedicated cycle lane linking Southwark and the City. It was designed by Ernest George and Basil Mott and built by Sir William Arrol & Co. opening in 1921.

The bridge provides access to Upper Thames Street on the North bank was given Grade II listed structure status in 1995. Below the bridge on the south side is a pedestrian tunnel, containing a frieze depicting the Thames frost fairs.