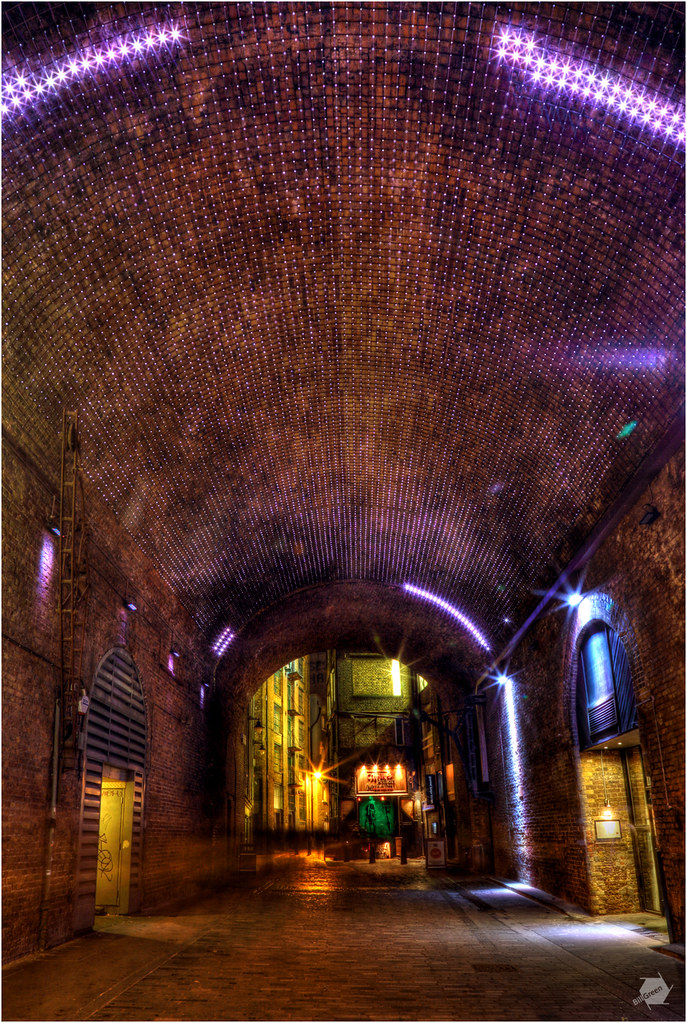 This is the tunnel that runs underneath Cannon Street Railway Bridge from Vinopolis Wine Tasting Experience through to The Clink Prison Museum along Clink Street. This stretch of The Thames Path has a rich history dating back to the 12th Century. The Clink Prison Museum is built on the original site of The Clink Prison which dates back to 1144 closing in 1780, it was one of England's oldest and most notorious prisons. Spanning for over 600 years, it witnessed a remarkable amount of social and political change and housed a multitude of convicts throughout its existence, including debtors, heretics, drunkards, harlots, and later religious adversaries. Just past this on the right are the remains of a 12th Century abbey and on the left a replica of Sir Francis Drake's ship The Golden Hinde.

This arrear changed dramatically after the opening of Tate Modern, The Globe Theatre and The Millennium Bridge. It had become quite run down after the closing of the wharfs and was home to the illegal Clink Street Acid House Raves between 1988 - 90 which could last for days. Hard to imagine that now as every available space is filled with a chain restaurant or coffee shop but the arrear has retained much of its character.