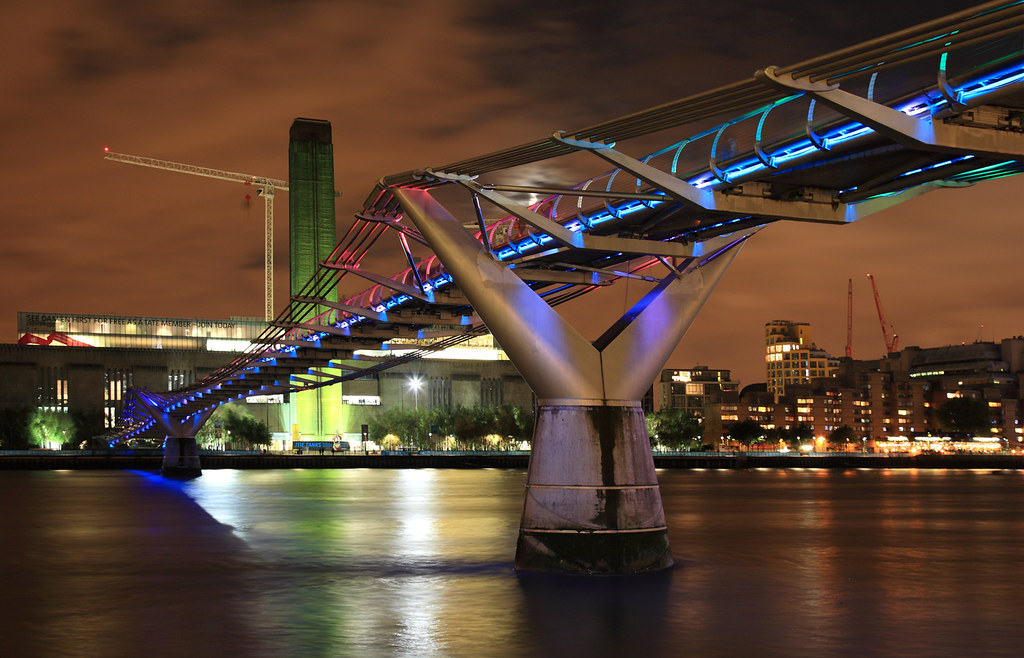 Twelve years after the previous photograph, The Millennium Bridge lit up for The London 2012 Festival and Olympics seen from the North bank with Tate Modern in the background. Tate Modern is a modern art gallery founded in 2000. It is the United Kingdom's national gallery of international modern and contemporary art and forms part of the Tate group (together with Tate Britain, Tate Liverpool and Tate St Ives). It is the most-visited modern art gallery in the world, with around 4.7 million visitors per year.

The galleries are housed in the former Bankside Power Station, which was originally designed by Sir Giles Gilbert Scott, the architect of Battersea Power Station, and built in two stages between 1947 and 1963. The power station closed in 1981. The building was converted by architects Herzog & de Meuron and contractors Carillion, after which it stood at 99m tall. Currently there is an extension to Tate Modern, a very different kind of structure being built behind it, hence the crane.