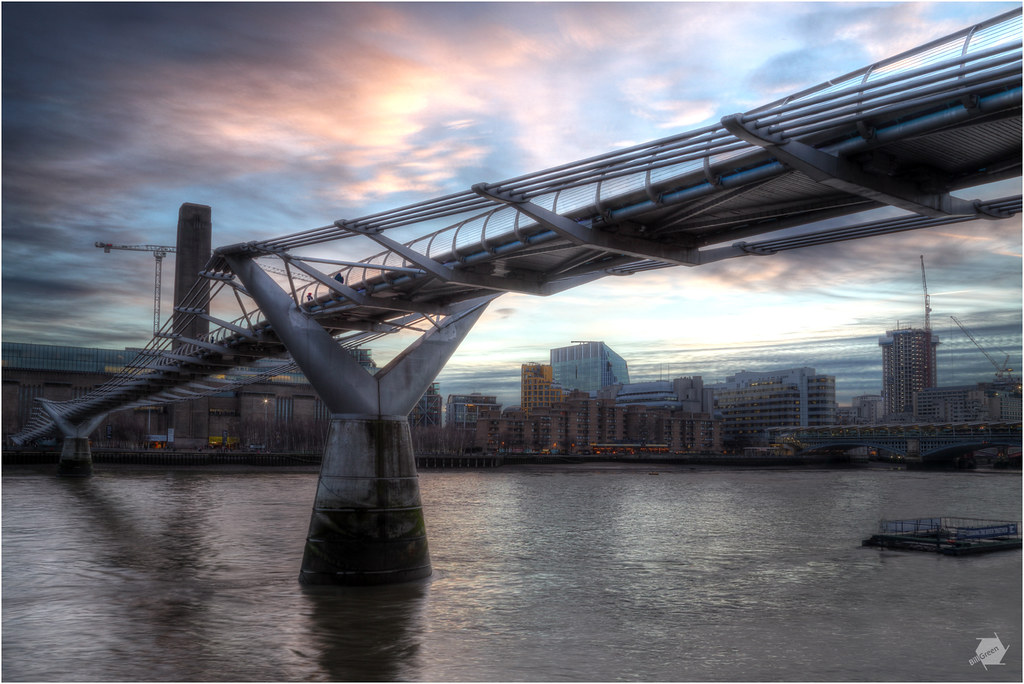 Another image of The Millennium Bridge from the same viewpoint but there are a lot of new buildings in this scene. The crane behind Tate Modern is for the building of the Tate Modern Extension, to the right of that are the new flats by Tate Modern - Neo Bankside, these can be brought for a mere £1m - £5.5m. 240 Blackfriars is the new office block in the centre and further right is The Southbank Tower and Blackfriars Railway Bridge.