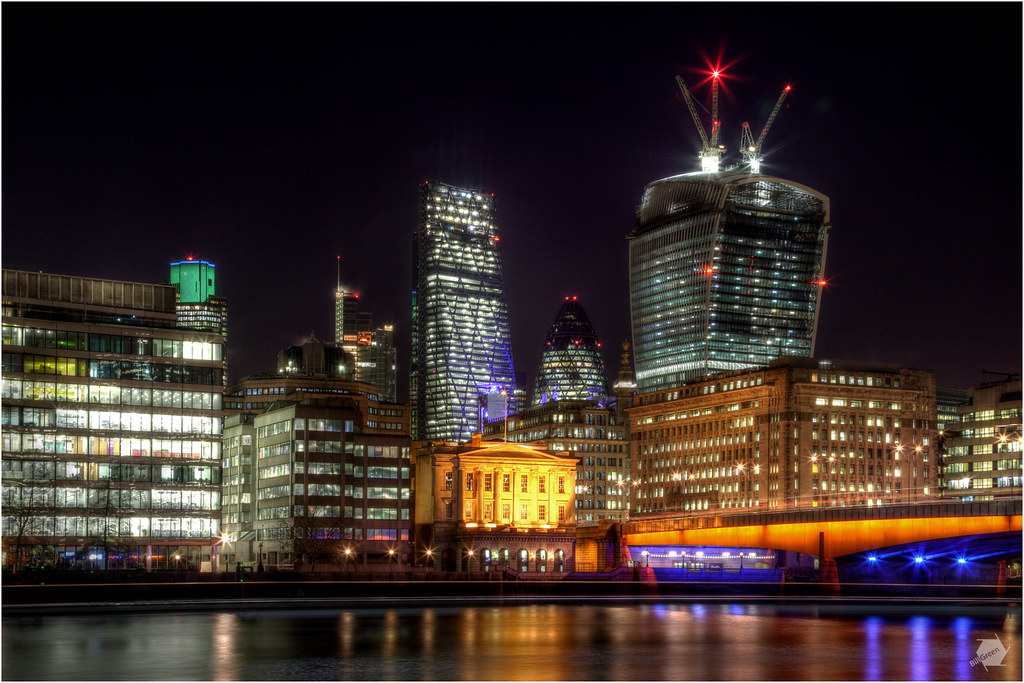 The City of London seen from Borough on the South bank. With the last few remaining cranes still in place you can now see the new skyline of The City of London. Recently I had the pleasure of working in the top of The Gherkin, the view from there is quite different, being surrounded by other tall buildings I felt I was in the land of the giants.

From left to right here you can see Tower 42, The Heron Tower, The Leadenhall Building, The Gherkin, The Walkie Talkie and London Bridge. I am looking forward to being able to visit the garden which will be planted in the top of The Walkie Talkie when it is accessible. It will be free to visit but you will need to book a time slot in advance.

The Monument comprises a fluted Doric column built of Portland stone topped with a gilded urn of fire, and was designed by Christopher Wren and Robert Hooke. Its height marks its distance from the site in Pudding Lane of the shop of Thomas Farynor, the king's baker, where the Great Fire began. The top of the Monument is reached by a narrow winding staircase of 311 steps. A mesh cage was added in the mid-19th century at the top of the Monument to prevent people jumping off, after six people had committed suicide from the structure between 1788 and 1842.

More people died building Sir Christopher Wren's Monument to the Great Fire of London than perished in the fire, two of them in a scuffle in which one builder accused another of stealing his bread and cheese. Both fell to their deaths on the cobbled street below. The explanation that a mouse was actually responsible for the theft is today commemorated by London's smallest public sculpture, two mice and a wedge of cheese on the wall of Philpott Lane.