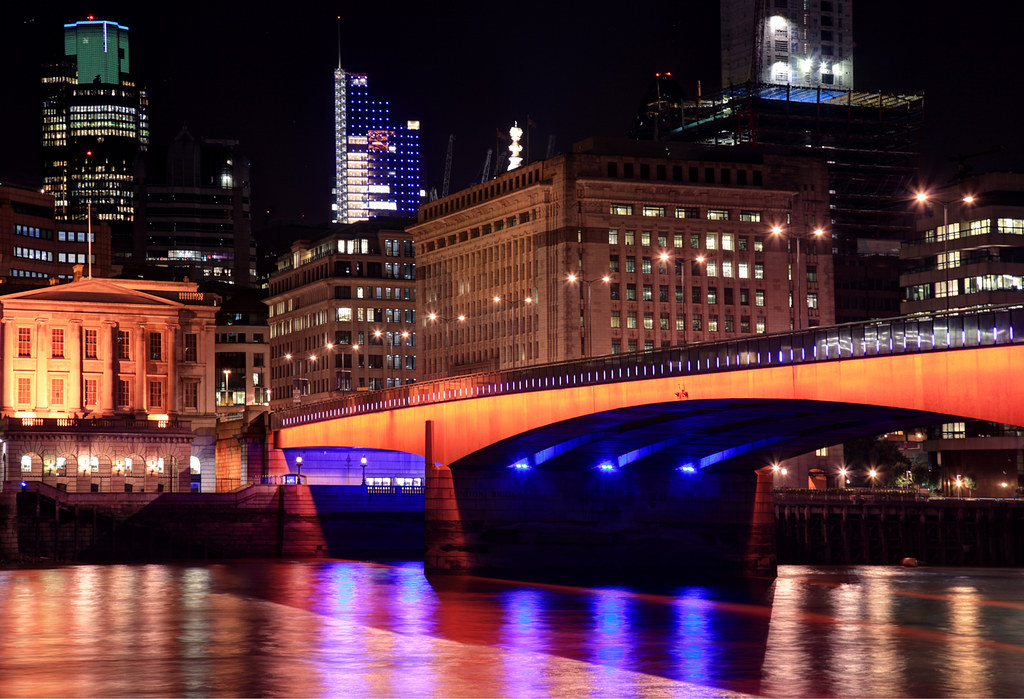 London Bridge South side, lit up for The London 2012 Festival and Olympics looking North. Also featuring from left to right Tower 42 and Heron Tower, The building being built on the right is The Walkie Talkie, August 2012.

London Bridge refers to several bridges that have spanned the River Thames between the City of London and Southwark, in central London. The current crossing, which opened to traffic in 1973, is a box girder bridge constructed from concrete and steel. It replaced a 19th-century stone-arched bridge, which in turn superseded a 600-year-old medieval structure. This was preceded by a succession of timber bridges; the first was built by the Roman founders of London.

The current bridge still stands at the western end of the Pool of London but it is positioned 30 metres upstream from the original alignment. The traditional ends of the medieval bridge were marked by St Magnus-the-Martyr on the northern bank and Southwark Cathedral on the southern shore. Until Putney Bridge opened in 1729, London Bridge was the only road-crossing of the Thames downstream of Kingston-upon-Thames.