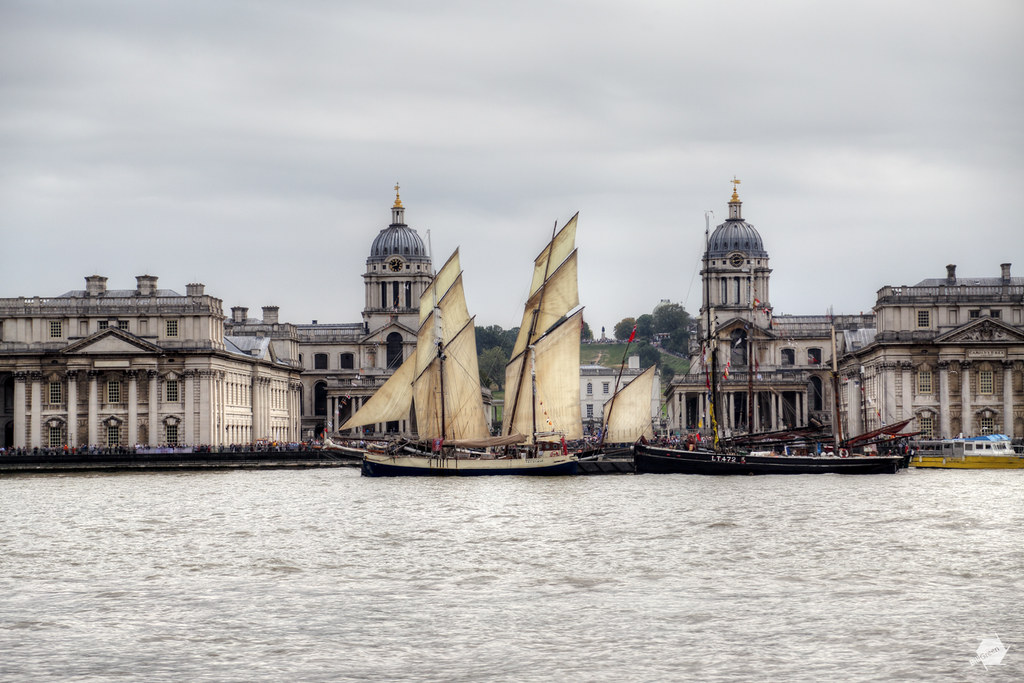 The classic view of The Royal Naval College in Greenwich from Island Gardens during the Tall Ships Festival. Behind the boats you can see The Queen House, a former Tudor Royal Palace now home to The National Maritime Museum and Greenwich Park.

The college was originally built as a Royal Hospital for Seamen and was designed by Christopher Wren and built between 1696 - 1712. It is said to be the 'finest and most dramatically sited architectural and landscape ensemble in the British Isles'. The grounds and some of its buildings are open to visitors including the Painted Hall and the Chapel. The hospital closed in 1869. Between 1873 and 1998 it was the Royal Naval College. It is now home to Greenwich University and Trinity College of Music while the grounds are often used as a film set and a festival venue.