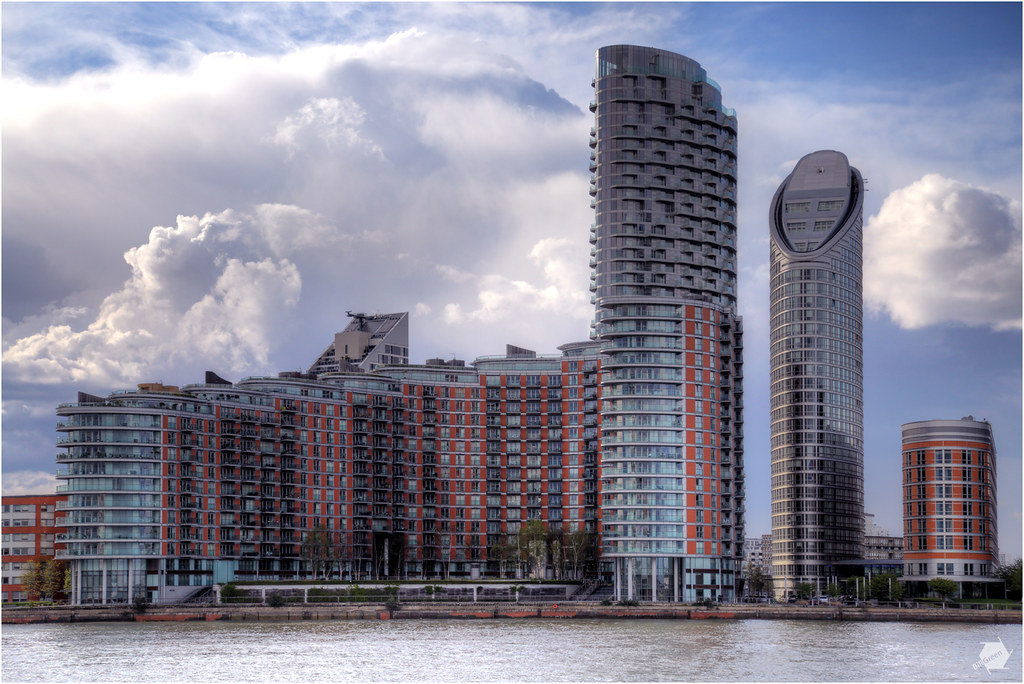 New Providence Wharf at Blackwell. When Ontario Tower was completed in 2007 it was the tallest residential tower in Northern Europe but it was not long before Pan Peninsula at South Quays took that title. Now it is being dwarfed by the new addition - Providence Tower with 44 storeys and 499 apartments, this is the final addition to this development for which plans started in 1999. However that title has now gone to Landmark Pinnacle on the western side of Canary Wharf.