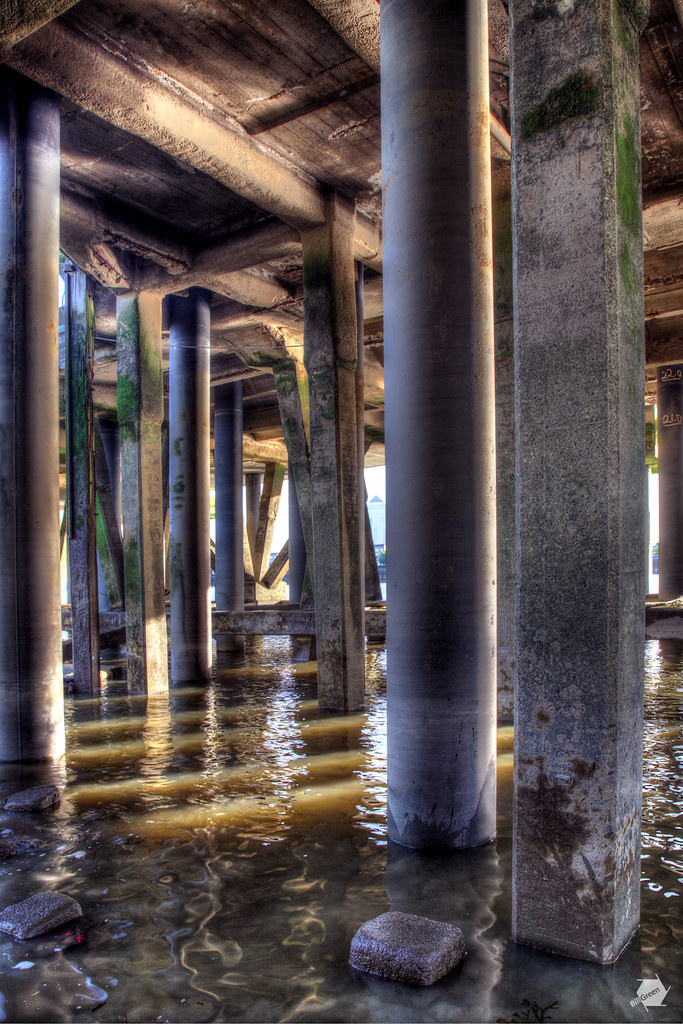 Underneath Deptford Pier at low tide, 6am just after sunrise hence the highlights on the sides of the pillars which enhance this image. In the centre you can see Canary Wharf on the North side of the river. Deptford Pier is a disused structure attached to Convoys Wharf, a huge unused industrial site. There have been many plans for this site, currently they include building three large towers and other buildings which will contain 3,500 new homes, business and community spaces and a replica of the Lenox, a 17th Century warship. Originally it was Henry VIII"s boat building yard, it is thought the original Golden Hinde used by Sir Francis Drake to sail around South America from 1577 to 1580 may be buried here.