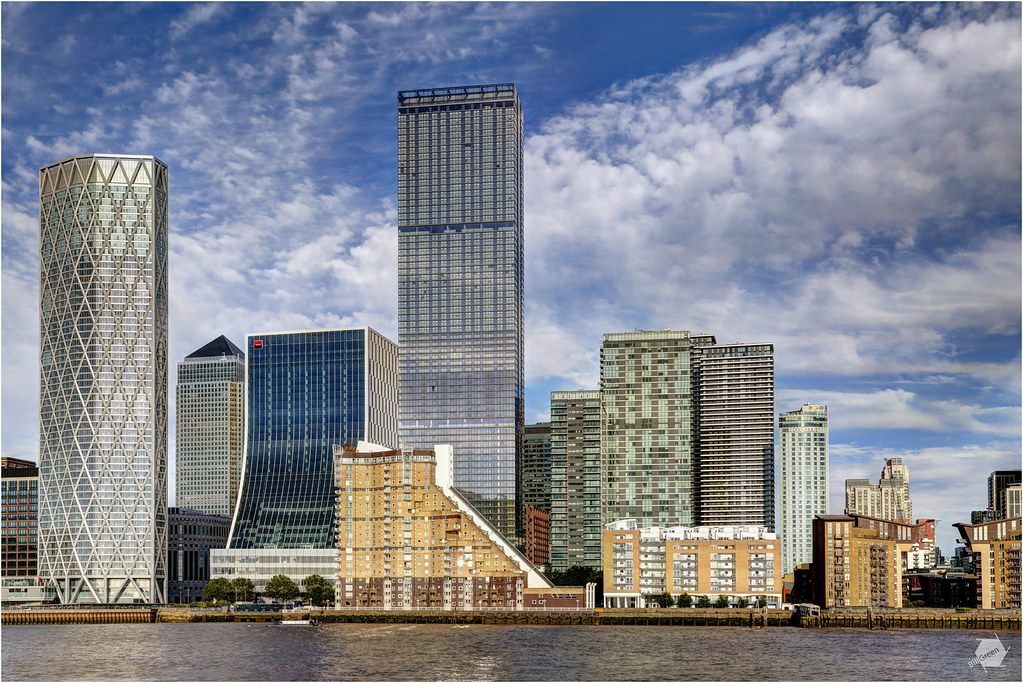 In December 1995 an international consortium, backed by the former owners of Olympia and York and other investors, bought the scheme. The new company was called Canary Wharf Limited, and later became Canary Wharf Group. Recovery in the property market generally, coupled with continuing demand for high floor-plate grade A office accommodation, slowly improved the level of interest in the estate. A critical event in the recovery of Canary Wharf was the much delayed start of work on the Jubilee Line, which the government wanted ready for the Millennium celebrations. Now Canary Wharf is thriving with thousands of new flats being built in the surrounding area, this shows the third stage of the Canary Wharf Development nearing completion with most of the new towers being residential. I hope office workers will start to return after the Covid 19 Pandemic eases and life returns to some sort of normality.