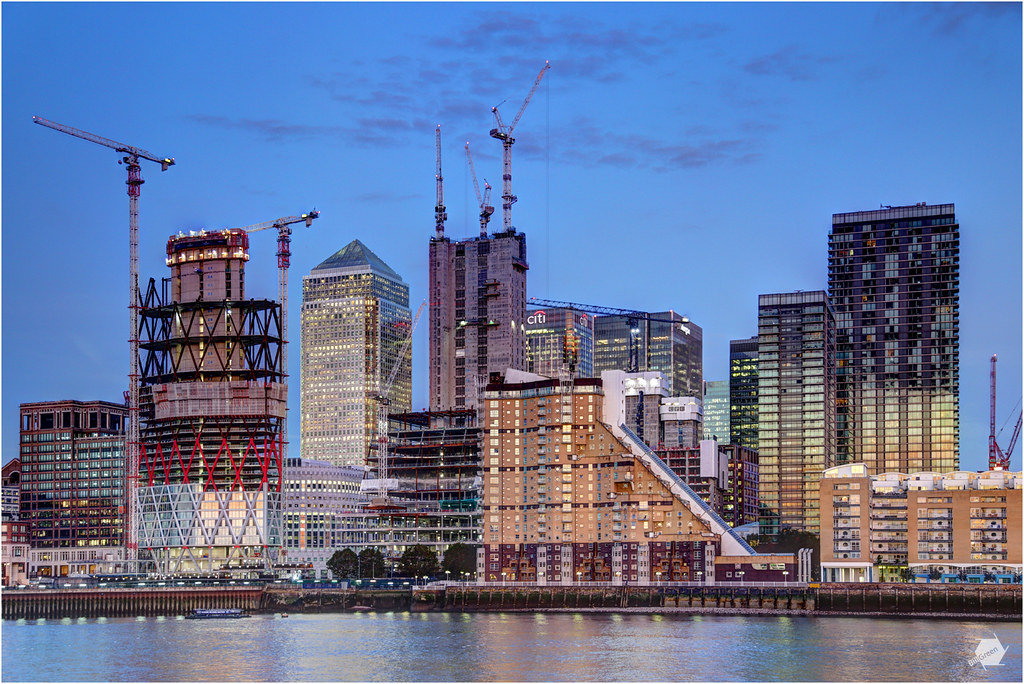 Canary Wharf by night seen from Canada Water on the South bank. Once the busiest docks in the world but started to decline in use from 1960 onwards. As ships became larger docking moved further East to Tilbury in Essex. The docks closed in 1980 and the area fell into decline. The creation of the London Docklands Development Corporation in 1981 and granting the Isle of Dogs Enterprise Zone status in 1982. led to its current use as a major financial business district in addition to The City. In 1987 the Canadian company Olympia and York agreed to construct a major office development on the Isle of Dogs, with construction commencing in 1988.

Last time I photographed this view was 2013, now it is set to change dramatically with the addition of The Diamond or New Found Land Quay which will rise to 60 stories and dwarf One Canada Square from this angle.