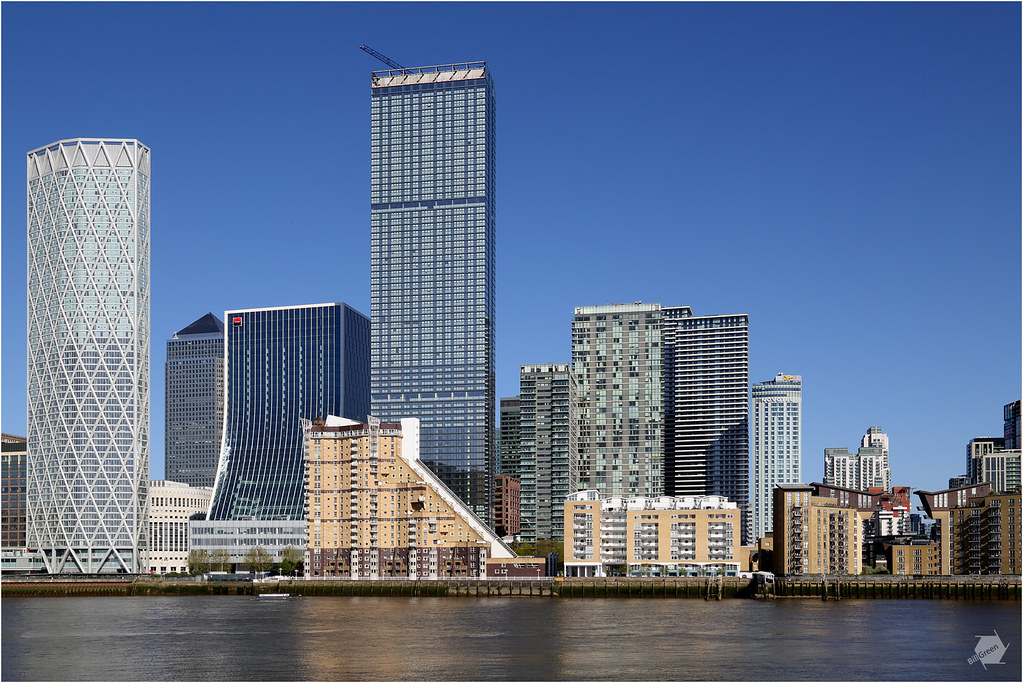 Taken from Canada Water on a walk during the Covid 19 crisis featuring a quite River Thames and a still Canary Wharf with one remaining crane. Seen here from left to right The Diamond, 1 Bank Street, Landmark Pinnacle and the Wardian Towers under construction. 1 Canada Square and Cascades Tower from the first phrase of the Canary Wharf Development now looking slightly dwarfed from this viewpoint.

Now Canary Wharf is thriving with thousands of new flats being built in the surrounding area, the Jubilee line has reached full capacity and it is often difficult to board trains, this will not ease until Crossrail opens in 2021. Who knows how this rapid development will be impacted now following the Covid 19 Pandemic, we hope this will return to some sort of normality in the near future.