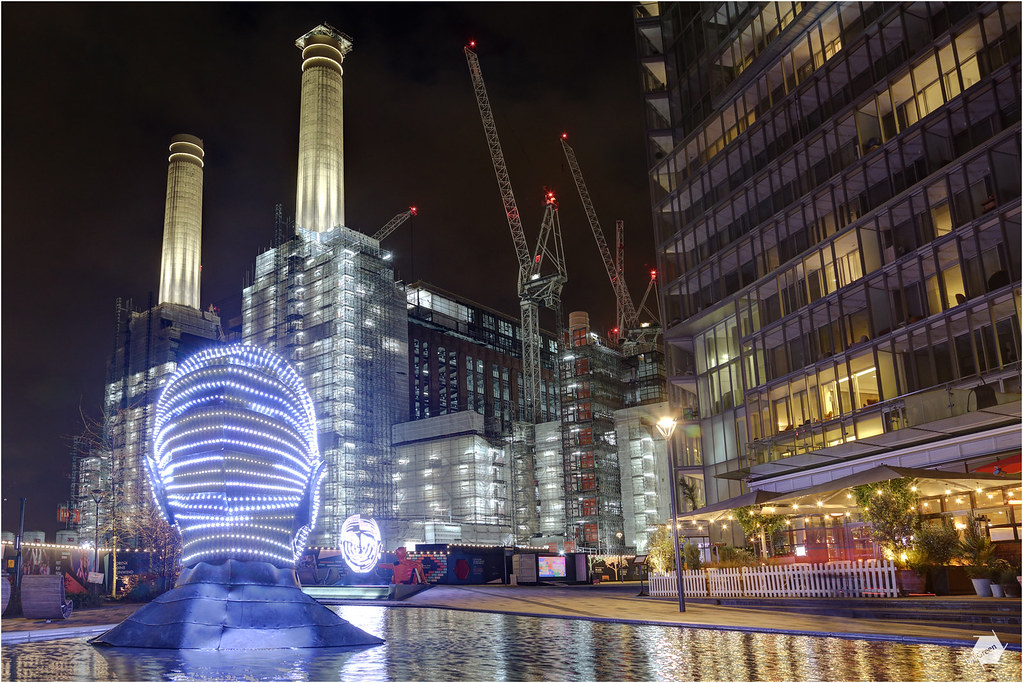 The construction of this huge project is really taking shape now while costs have risen to 1.5 Billion Pounds. Battersea Power Station is a decommissioned coal-fired power station. It comprises two individual power stations, built in two stages in the form of a single building. Battersea A Power Station was built in the 1930s, with Battersea B Power Station to its east in the 1950s. The two stations were built to an identical design, providing the well known four-chimney layout.

Completion of the sale took place in September 2012, and the redevelopment intends to implement the Rafael Vinoly design which had gained planning consent from Wandsworth Council in 2011. In September 2019 the first residential apartment was completed.