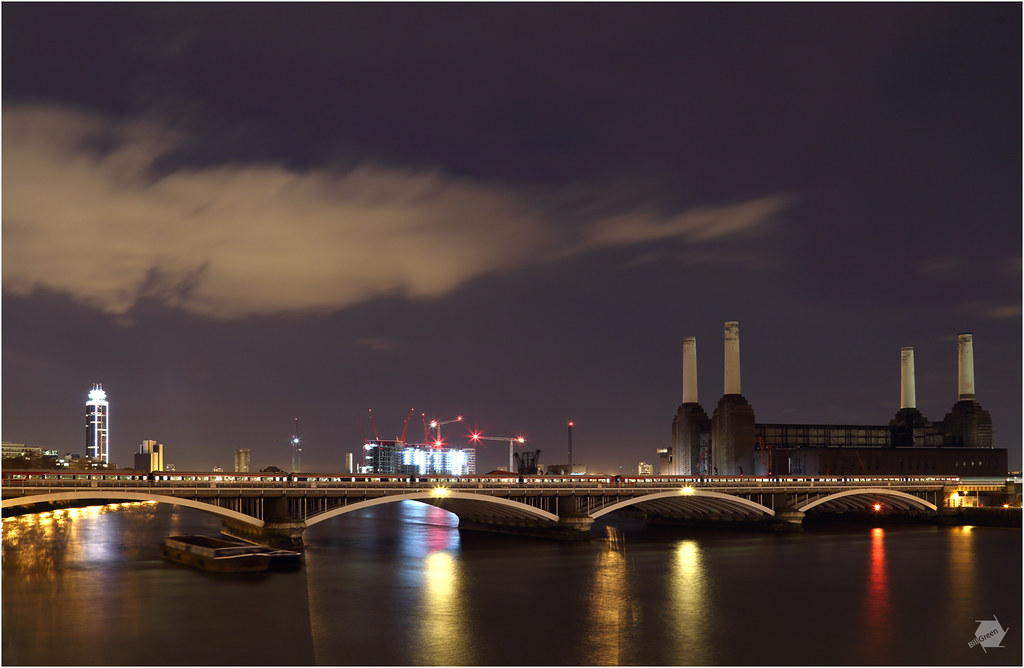 Grosvenor Bridge taken from Chelsea Bridge including Vauxhall Tower, Nine Elms Development and Battersea Power Station which is now under reconstruction having closed as a power station in 1983.

Grosvenor Bridge, originally known as, and alternatively called Victoria Railway Bridge, is a railway bridge over The Thames, between Vauxhall Bridge and Chelsea Bridge. Originally constructed in 1860, and widened in 1865 and 1907, the bridge was rebuilt and widened again in the 1960s as an array of ten parallel bridges. It was the first railway bridge to be built across the Thames in central London.