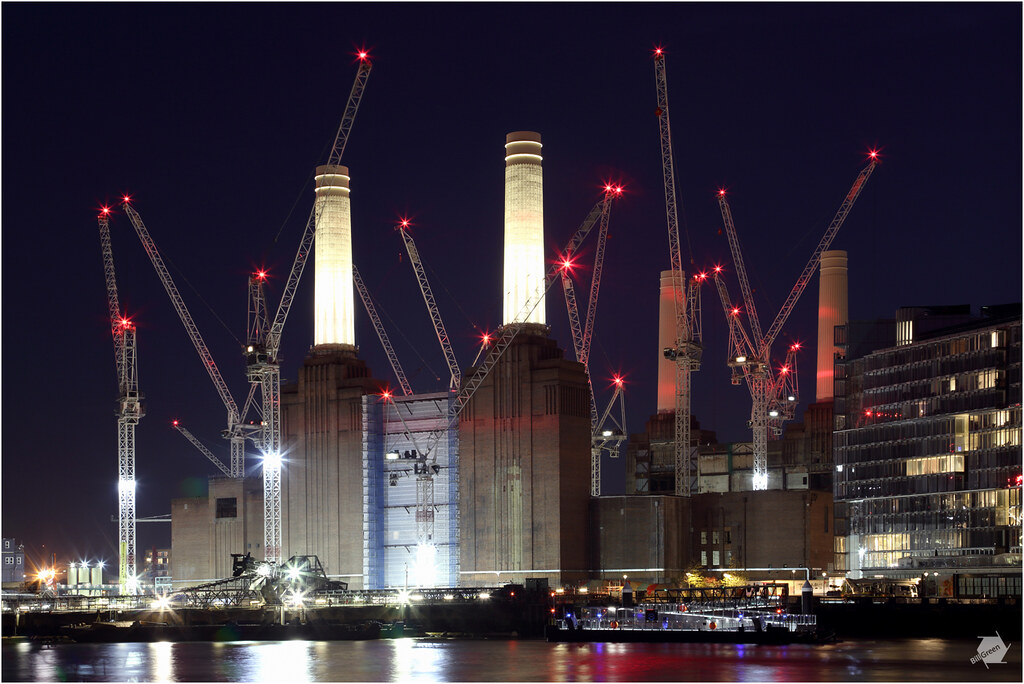 Battersea Power Station under reconstruction on the 6th November 2017 with the new chimneys lit up for the first time and the new operational pier in place. This site is now served by MBNA Thames Clippers as part of their RB1 service.

Completion of the sale took place in September 2012, and the redevelopment intends to implement the Rafael Vinoly design which had gained planning consent from Wandsworth Council in 2011. In January 2013 the first residential apartments went on sale.